“Every year on behalf of the country, the Ministry of Education sends many students to European countries. When I attempted to investigate how many of these students were Arab, I couldn’t find even one. As if they do not take taxes from us for education! At this point, the Deputy of Kerek, Mister Tevfik (el Mecali) interrupted me and said, “Aren’t we all brothers and sisters? Why are you discriminating between Arabs and Turks?”. I replied, “Stop flattering me, and rather act right fully. Yes, in good and bad times, we are all brothers in front of the others. However, your excellency, you must know that brothers come to terms among themselves. None of them would allow for the other to be treated unjustly.” 1

Years of a Brutal Civil War

I am sure of the fact that, the “fraternity” that the Mayor of Beirut during the Second Constitutional Era, Selim Ali Selam -who was also the member of parliament representing the city of Beirut between 1914-1918- talked about was horrifically damaged starting with the French governance in the region after the First World War, then becoming a de-identified and de-characterized state of Lebanon that was previously in the borders of Ottoman province of Damascus, and finally, with 15 years of civil war which had started in 1975, causing the death of hundreds of thousands of Lebanese making Beirut unrecognizable. The precondition of living a stable life for the Lebanese, who had returned to their homeland after the 1990s, was not the “fraternity”; it was to have respect for “the other”, if not love. A forced respect.

A lot of Shiite Lebanese migrants, who escaped Beirut during the civil war, were made secret agents through the hands of Savama (Ministry of Intelligence of the Islamic Republic of Iran). The bombing attacks on the Israeli Embassy in Buenos Aires in 1992 and on the Jewish Community Centre in 1994 were carried out by those Lebanese who were turned into agents. The apparent cause was to take Hezbollah Commander Abbas al-Musawi’s revenge, who was killed by the Israelis, or so those who put the bombs thought this way. They would have never found out that Argentine stopped sending nuclear raw material cargos, which were vital in Iran’s nuclear development studies, and they were not going to be able to find out of the revenge taken from 13 thousand kilometres away against this action by Savama.

Although Hezbollah, which had gained strength with the support of Iran on the Israeli border, increased their weapons and militants, they never came to the north of the city that had a shining and a vibrant night life. They complied with this ‘forced respect’ period and thanks to this silence Beirut reconstructed itself from scratch.

An assassination with a ton of bombs

This was only until the death of Refik Hariri, who was a Sunni leader of Lebanon, which was carried out using a ton of bombs in Beirut city centre in the year 2005. After eliminating Hariri, who was against the Syrian military existence in the country, the Damascus Regime -the comrade of Hezbollah-, had to call its soldiers, that were in Lebanon for 15 years, back to Damascus. By April 2005, there was no longer Syrian military existence in Lebanon. However, Hezbollah had started to slowly take control -they had begun to manage the city for the benefit of (in fact, in the name of) Iran.

For whom did Siniora cried for? With whom and for what did Hezbollah fight?

In 2006, the whole world witnessed a massacre on live broadcasts. Hezbollah attacked Israeli towns and killed 8 Israeli soldiers in an armoured car, taking two as captives. The reaction from Israel was of course in an Israeli style. They targeted the residential areas and destroyed the neighbourhoods that were the fortress of Hezbollah. Most of the deaths were civilians in those attacks. Then how did the Israel’s attacks on a Lebanese city affect Lebanese politics? The President of the time, Fouad Siniora, wanted a ceasefire between the two sides, from time to time he expressed this by crying on camera. As if it was the land of another country which was bombed… 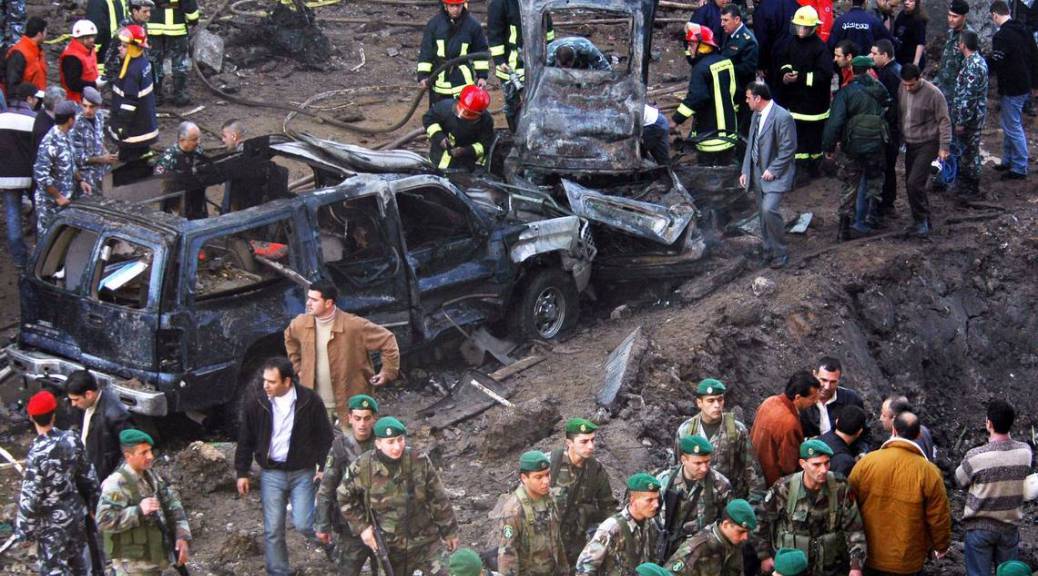 With the ignition of the Syrian Civil War, the role that Hezbollah played varied. In 2013, when Syrian opponents captured the border town al-Qusayr, Hezbollah who saw this as a matter of life or death, started a war to take the city from the opponents. The war ended in favour of Hezbollah and the city fell. Passing through this captured city, Hezbollah came to Damascus and Aleppo. It was these militants who were fighting against the opponents in rural Latakia. Currently in Syria, the Lebanese Hezbollah militants serve in most of the battlefronts. Hezbollah did not stop in Yemen where there is a proxy war between Saudi Arabia and Iran. They joined Shia Houthis’s – who rebelled against the government- military education and also encouraged them. 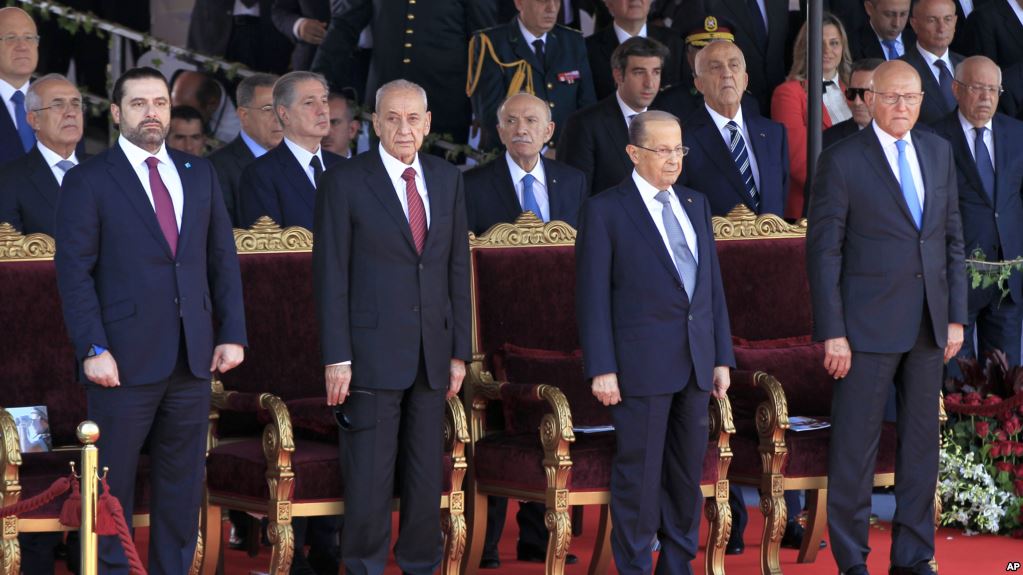 The last known political crisis revealed during the presidential election. Lebanon which couldn’t elect a president exactly for 2 years and 5 months, finally got a President. A Maronite politician from Lebanon, Michel Naim Aoun, was elected after a political agreement. The leader of the Future Movement (Tayyar al Mustaqbal), Saad Hariri, showed his support to Aoun after he promised that Hariri was going to be the Prime Minister. Although it attends to military operations in other countries on behalf of Iran, being a political party in Lebanon, Hezbollah became a small partner in Saad Hariri’s government.  Hezbollah sent two members to the cabinet. Hariri controlled this election marathon from Riyadh in Saudi Arabia, from where he had a citizenship; and most probably with the consent of Riyadh he reached an agreement with Hezbollah for a short term.

After this period, Hezbollah and Lebanese official security forces started a military operation together against Daesh militants who kept Arsal region for 5 years under control. Even though the Lebanese forces carried out a brutal operation, they didn’t get the result they wanted. Daesh forces were expelled only after an agreement. On the other hand, because of the war in Syria, Hezbollah lost an important part of its forces, became tired and lost blood.

Together with the Iraqi Kurdistan Independence Referendum, the change of status quo in Kirkuk in favour of Iran and with a new energy balance, a new crisis began in Lebanon, where almost everything happening in the region has a repercussion on it. (Even though on media, it is often said that there is a war atmosphere in Lebanon, the region is calm for now. At least there is no panic among the public.)

Prime Minister Hariri got a phone call on November 2 while he was busy with his daily state affairs. The voice on the other side said to Hariri that Crown Prince of Saudi Arabia, Mohammad bin Salman, wants to see him and wants him to visit Riyadh. The plane that was carrying Hariri landed on King Khalid International Airport in Riyadh on November 3. However, allegedly, there was no welcoming ceremony worthy of a Prime Minister. On top of that, police blockade Hariri immediately after he got off from the plane. The day after Hariri went to Riyadh, he announced his resignation to the world via Saudi Arabia based Al Arabiya. His resignation speech was prepared no similar to any other rhetoric he used before. Saying that “Wherever Iran is involved, there is nothing but devastation and chaos”, Hariri also claimed he fears assassination and he fears the same fate as his assassinated father. 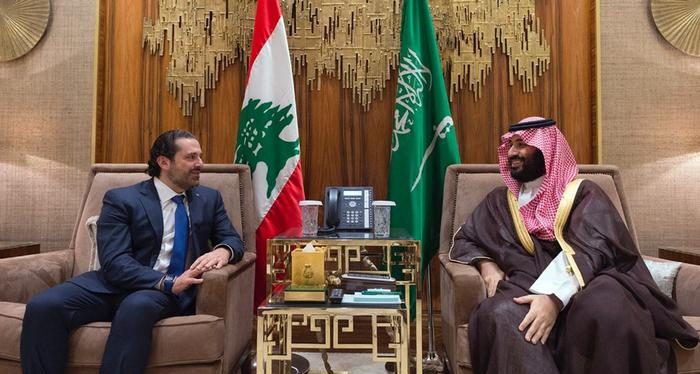 What does exactly Saudi Arabia want to do?

There is one thing which everyone has agreed upon: Hariri had resigned because of the pressure of Salman. He was forced to resign and he just did what was told to him.

Hariri family (just as any other place in the world) has business corporations in Saudi Arabia from where they have citizenship. Recently closed firm named Oger was funded directly by the Crown. Former Chief of the Royal Court of Saudi Arabia (this is the highest position someone out of royal family can get), Khalid al Tuwaijri -who was dismissed when Prince Salman started to run the show- had revealed that Prince Salman paid 9 billion dollars to Oger in 2015.

As a matter of fact, despite the evidence, the “corruption operation” that Prince Salman started to get rid of his rivals has never touched Hariri who had resigned. His mission was different, and he accomplished this by his resignation.

Lebanon, which tries to survive with a minimal damage from this situation that may lead a new crisis in the region, has made a new manoeuvre. Lebanese President Aoun has announced that he is not going to accept Hariri’s resignation until he turns back to the country. The Leader of Hezbollah, Hassan Nasrallah also said, he sees these actions as the humiliation of Lebanese people.

Right now, Hariri (leaving his family in Riyadh as pledge) is expected to return Beirut, to fulfil formalities of his resignation and then start a new life in a European city, probably in Paris. He can be asked to take his father’s second wife Nazik Hariri, who is also one of his major supporters in politics with himself as well.

The second part of the plan will only be processed later. 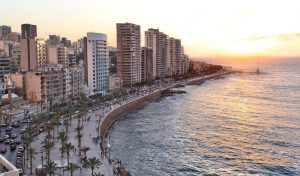 Saudis’ effort to criminalize Hezbollah and pulling Iran to Lebanon and changing the direction of the war is seen as the most probable outcome of all these right now. At this case, it can be expected that the inner dynamics of Lebanon will be activated but not its next-door neighbour Israel. No one would be surprised if those who lived in camps become members of different fractions of Hamas, Fatah, Dahlan fraction of Fatah and Popular Front for the Liberation of Palestine and their variation, and take the streets of Beirut with their machine guns.

It is because, those who read the history of Lebanon would know that ‘being surprised’ is a funny thing.

However, regardless of everything, as the legendary Lebanese singer Fairuz sings, when will Beirut, made “from the spirit of the people, a wine”, “from its sweat, bread and jasmine” get rid of its “taste of fire and smoke”?

Today, the Lebanese young are also chanting those words, by walking through Hamra, taking a ride in Cornishe, tracing the history of Phoenicians in Byblos, looking at Beirut which Mary protects from Harissa.

Plus, singing it as a pray: “A glory of ashes for Beirut.” 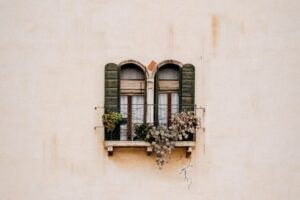 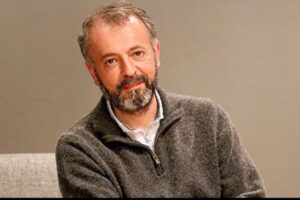 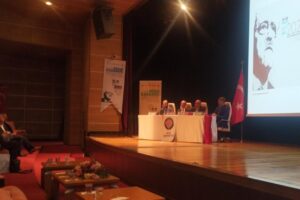