The developments in Syria’s Raqqa city, captured by self-proclaimed Islamic State of Iraq and Damascus (Daesh), took place in late 2017 were milestone in terms of the course of civil war and the operations of the United States in the region. Syrian Democratic Forces (SDF) celebrating their re-capture of Raqqa with the posters of Ocalan […]

The developments in Syria’s Raqqa city, captured by self-proclaimed Islamic State of Iraq and Damascus (Daesh), took place in late 2017 were milestone in terms of the course of civil war and the operations of the United States in the region.

Syrian Democratic Forces (SDF) celebrating their re-capture of Raqqa with the posters of Ocalan (Former leader of the PKK), and BBC’s article called “Dirty Secrets of Raqqa” appeared on 13th of November afterwards had the US policy over Syria and Daesh lost legitimacy. Already on a shaking ground, American policies in the region were unequivocally nullified.

Basing its presence and military intervention in Syria on “combatting Daesh”, the US preferred to co-operate with PYD, the Syrian offshoot of PKK that is recognised as a terrorist group by the administration. The US was in the opinion that PYD is a separated organisation from PKK and its armed wing YPG is a dependable partner in counter-terrorism.

Based on this point of view the US administration established airbases in Syria, sent truck load of arms to YPG and tried to give them a legitimate ground in the sight of the US and West through series of media coverage. In 2014, after they were scared away from Kobane and left the town to Daesh, the US sent YPG back to the city, giving them a victorious image, after repelling the “radical Islamist group” (in their definition) with thousands of airstrikes. A fake story of triumph was written in Kobane.

However, the armed force that carried out the Raqqa operation was created with long-drawn-out efforts, in the wake of the Kobane conflicts. Hundreds of Kurdish youngsters who are explicitly under 18 were forcibly mobilised and used as shelters in the face of the bloodiest terrorist group of history.

While these relationships were being forged, the US administration advertised PYD/YPG as “the most effective local armed group combatting Daesh”. Even Marie Clarie, on her magazine, was literally running a PR campaign over their female militants.

In fact, the members of a terrorist group who relentlessly murdered hundreds of innocent civilians in Turkey, who sent their recruited members into death and executed many people with extreme prejudice were portrayed as “the flower children” through American liberal values. 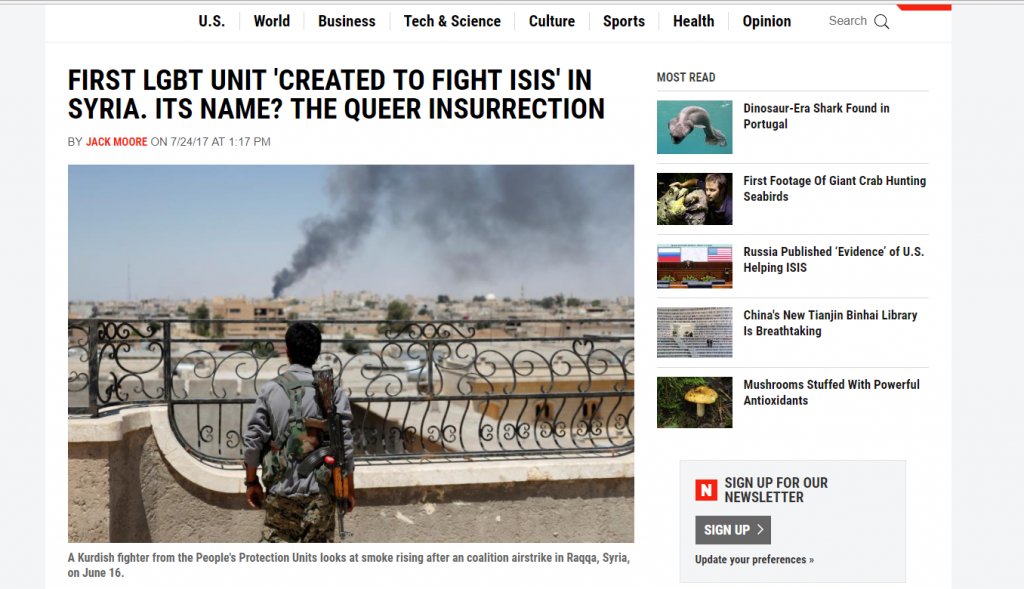 The US tried every way possible to hide its relations with the terrorists. Newspapers like the New York Times and Wall Street Journal – in the articles related to Syria and Turkey – never made any reference to PKK/PYD when speaking about SDF. Emphasising the Syrian Kurds and Syrian Democratic Forces, the American media attempted to mask the US administration’s collusion with PKK and PYD. However, skipping over this very important detail while mentioning the background in those articles was beneath their level of journalism. That collusion was skipped over intentionally and eventually escaped from the attention of American public.

Brett McGurk, Special President Envoy for Global Coalition to Defeat Daesh, did not refrain from posing with terrorists, awarding them with plaque and offering condolences to their losses despite all the objection, warning and condemnation from Turkey. (https://twitter.com/search?q=mcgurk%20amjad&src=typd)

We Ordered, They Changed Their Name

General Joseph Votel, the head of US Central Command always supported and encouraged PKK-PYD during his regional visits. He was the one who thwarted Turkey’s Munbic operation and paved the way for the terrorist group to provide heavy armours.

Votel’s support was widely criticised by reputable Republican senators like Lindsay Graham and John McCain in the US Senate. The defence ministers and chiefs of staff had tough times during their Senate hearing. Statement of US Special Operations Commander Raymond Thomas in July 2017 was simply a confession of all these. Thomas stated, “They were officially calling themselves YPG but the Turks warned that they are the same with PKK and reacted saying ‘You are dealing with my terrorist foe, how can you do that as our ally?’. And then we told them to change their name. I asked, ‘What do you want to call yourselves out of YPG?’. The next day they announced that their name is Syrian Democratic Forces” and he explicitly put the alliance of PKK-PYD-SDF into words.

Blasts in Turkey, Arms Being Shipped from USA

The policy of US on Syria and PKK/PYD received strong reactions from Turkey from the very beginning of the crisis. Turkish-American relations regressed towards the worst point in history. When a series of bomb attacks took place across Turkey, Ankara was very annoyed and disturbed by its so-called closest ally that kept arming, supporting and protecting the perpetrators. Antagonism to the US among Turkish people who were following the developments very closely rose to high levels.

Turkey indeed had stated that if there will be a joint operation for Raqqa; Turkey, US and NATO could have carried that out on a legitimate basis. There could have been a ground offensive through a regional coalition, so that the opposition forces would have had stronger voice against the regime in negotiation process and this way Russia and Iran could have been harnessed. However, the US administration opted for terrorists over the other way.

Raqqa Operation with Foreign Special Ops Soldiers and “the Enlistees”

Shortly after Turkey launched the Operation Euphrates Shield, the US launched another operation via PYD. Ammunition and specialist supports for armed group were fast-tracked. Headquarters of this campaign to reinforce the terrorists was the US Central Command. General Votel and Brett McGurk began their demarche and the first phase of Raqqa Operation started on 6th of November 2016. Invaded villages of Turkmens and Arabs and human right violations during the operation were covered up. As the villages were being captured, Russia and the Syrian regime realised that PYD will gain ground and marched towards the south of Raqqa from the middle areas of Syria.

The second phase that aimed at surrounding Raqqa began on 10th of December. Tabka Dam and the military bases were captured. Large number of Western special ops soldiers and “the enlistees” participated in the operations. https://www.youtube.com/watch?v=qoqds4LV9RI

The whole city was ravaged after the months-long siege and the campaign ended on 6th of July 2017. Although Western media broke the news as though the massive destruction caused by Daesh was revealed after the city was recaptured, it is a known fact that the US, with relentless bombardments, was the responsible for the city’s devastation. With thousands of civilians lost their lives, Raqqa city literally turned into no man’s land. Considering the city’s Sunni Arab structure that changed, it is deducible there is an attempt of demographical design behind these bombardments.

Although the US tried to project a multi-ethnic image by huddling some Arab tribes and PYD-YPG together, it resulted in failure with what happened in the region. Arabs were enraged by YPG that attacked at Sunni Arabs, looted the city, disseised the properties of locals remained in town on the excuse that their relation with Daesh, and carried out executions. Execution of the group members indicates that.

“Spear doesn’t Fit in the Sack”

The most important thing was the official statement on 17th of October announcing that Raqqa was totally cleared from Daesh. The first photos from celebrations in Raqqa centre published after the statement refuted the US administration’s suggestion of “SDF is separated from PKK” which no one actually had believed. After that Pentagon, trying not to show its hand, stated that they only supported SDF and don’t have any relation with PKK.

PKK-YPG-PYD flags unfurled in Raqqa as well as Ocalan posters were indeed stating the obvious. While presenting Raqqa to PKK, the US was explicitly supporting the terrorist group. This situation, which Turkish President Erdogan expressed with his words “spear doesn’t fit in the sack”, (literally means “a multitude of sins can’t be covered up”) does not only turn Turkish-American relations more difficult, it also complicates the continuity of Washington’s policy.

BBC’s article claimed that hundreds of Daesh members were allowed to exit Raqqa retaining their guns, ammunition and suicide vests, moreover it was done under the USA’s knowledge and supervision. American Spokesman of the anti-Daesh coalition also confirmed the news. The American army which claims to fight Daesh literally turned a blind eye to the terrorists exiting the city freely. The US army did not ever consider to arrest them as though telling them to go and blow themselves elsewhere. Terrorists were conveyed to the Syrian-Iraqi border and set against Russian-Syrian alliance. Hence, the terrorists were used as a leverage once more.

The scene appeared after the fall of Raqqa indicates a new watershed in Syria. The US giving way to Daesh and revelation of its secret collusion with PKK complicates continuity of the current American policy. On the other hand, Britain bringing this up signals a crack between the US and its allies.

It is not hard to suggest that the US and Europe are falling out with each other. President Trump’s call to abrogate the nuclear agreement with Iran is not approved in Europe. Also the tension is high in the US relations with Germany. Based on this, European governments – with the thought that the US and NATO will isolate them – signed a mutual defence agreement called PESCO. http://www.bbc.com/turkce/haberler-41978775 The article called “Dirty Secrets of Raqqa” can be regarded as an indicator that the US policy and acts in Syria will not be supported by the EU anymore. And this boosts the chance of isolation for the US in the next Syria peace talks in Genova.

A second issue is the probability of American soldiers and officials who connived with Daesh to face with a legal sanction or investigation. The US is already witnessing a stiff dispute between Trump administration and the opposition which can possibly be used as a lever against Trump. Besides, just like in Mavi Marmara trial or in the case of former Israeli Premier Ariel Sharon, the alleged criminals might be sued over supporting terrorism by several countries. At that rate the officials like Brett McGurk and Joseph Votel can be cramped in their international visits.

The third is, the states like Turkey, Iran and Russia might keep this issue on the agenda, influence the legitimate ground of the US policy in Syria and increase the costs by receiving support from European governments.

As a consequence, the developments in Syria are taking place very rapidly, the sides can easily change sides and alliances, and they can adopt different policies. Things happened in Raqqa signals a very significant breaking point. Long term predictions on the region are not possible to make. However, it is a very certain fact that the US cannot continue in Syria this way and it keeps losing legitimacy. 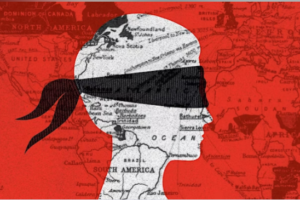 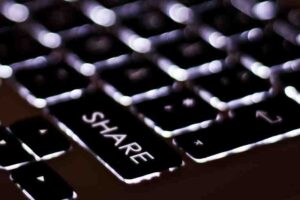 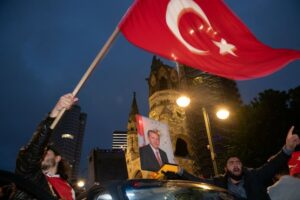